Wolverine: The fight of the never-ceasing (The Wolverine), or the Wolverine in Quebec, is a United States Superhero-British film made by James Man gold released in 2013. It's the 6th movie of the X-Men collection placing on phase of the characters in the X-Men comics series of Wonder Comic books, produced by the Film writer Stan Lee as well as the designer Jack Kirby, as well as the second fixated Wolverine.

The fans always try to discover what the stronger fictitious character is. This is a debate that has existed for decades, and it seems that he will never die. However, this conversation reaches a new level when the actors responsible for some roles are part of the discussion. This was what happened recently when Tom Holland, in charge of the MCU Spider-Man.

In a recent interview with Geek Culture Explained, Holland was questioned about who would win at a confrontation between the MCU Spider-Man, and the Wolverine we saw for the last time in Logan. With great confidence, British actor said that the version of him from the arachnid of him could win without many problems. This was what he commented:

However, Holland recognizes that if any confrontation between Spider-Man and a young version of Wolverine would come true, The X-Men's member would be the winner of the confrontation. This is a question that fans are constantly done. Because both characters are usually seen as friends, a fight between them is something that rarely happens. 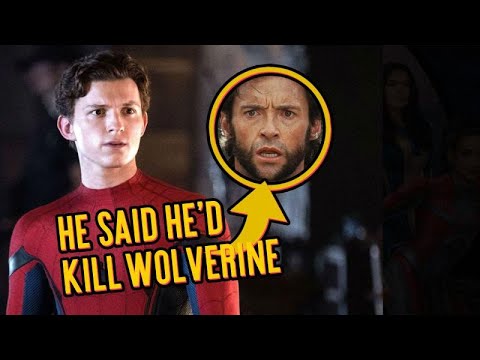 On related topics, we also talk with Tom Holland about Spider-Man: No Way Home, and here you can check our interview.