BVB - Hans Joachim Watzke about Erling Haaland: Borussia Dortmund can find the next one 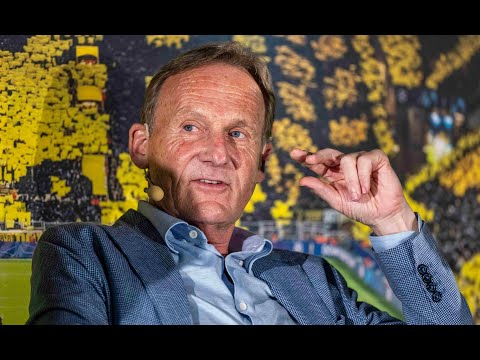 Borussia Dortmund's managing director Hans-Joachim Watzke is confident in the event of an departure of Erling Haaland an adequate replacement.

"The decisive factor is: it will go on. If Borussia Dortmund can do one, it is to find the next. One team is always more than a player," said the BVB boss at 19: 09 - The black and yellow talk. It is unclear whether Haaland will appear for BVB next season.

"First of all, we need to know that we need a new Erling Haaland. At the end of the day, the truth is that we gave him an exit clause - otherwise he would have gone to Manchester United. He has to make a decision, she will come at some point" said Watzke. Watzke had recently denied an exit clause.

According to information from managing director and goal, there is a "Gentlemen's Agreement" between the two parties. Haaland may leave the association with an offer of 75 million euros. Manchester city is probably the Norwegian striker in the pole position. According to the Daily Mail, the club is already agreed with the Norwegian.

BVB Karim Adeyemi is available as a possible Haaland replacement. "I think the player has already given the feeling that he wants to go to BVB. We somehow have to get that," said Watzke about the international. "If he came, we would try to get it without exit clause," he stated.

BVB: Schlotterbeck? "It's no secret"

With Niklas Süle there is a new addition, and Nico Schlotterbeck from SC Freiburg could also switch to BVB. "It is no secret that we like him," said Watzke.

In the long term, both Mats Hummels could replace in central defense. Hummels' contract expires after the coming season. "If a player is clearly beyond the 30, you have to see how long he is still able to bring top services. We are waiting for it, you cannot forecast it. In the next season we will have the conversations and Look clearly into our eyes, "said the BVB boss.

Articles and videos on the topic * "I read a funny text" - rose about the runner -up championship with the BVB * The Bundesliga on Fridays and Sundays exclusively live on DAZN - register now!

Labels: event of an departure